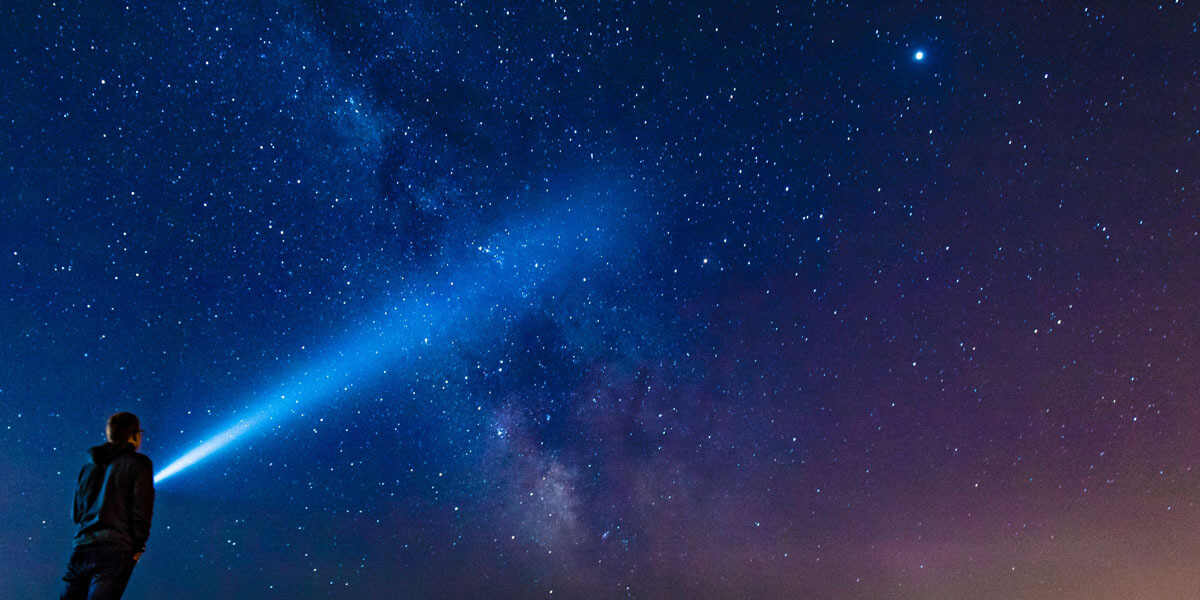 North Star or Shooting Stars for Sustainable Analytics at Scale?

I’ve been fascinated with the annual Perseid meteor shower and have spent many amazing nights in the Anza Borrego with my family watching this brilliant show. These shooting stars are caused by tiny bits of dust and rock, called meteoroids, falling into the Earth’s atmosphere and burning up. They are extremely bright and burn up fast.

I’ve also been captivated by Polaris, the North Star. It was also called the “guiding star” by ancient mariners who used it to navigate distant seas before the invention of the compass. While other stars appear to move with the rotation of the earth and are unreliable for navigation, the North Star remains constant and dependable.

What has this got to do with analytics? Every company would like to leverage all their data to uncover real-time intelligence at scale. A recent survey found that 74 percent say their employees don’t have access to the data they need, even though they’ve been investing millions of dollars in various analytic technologies. They can’t seem to conquer the complexity, cost, and inadequacy of the available analytic solutions.

If you build on “shooting stars” you will constantly be writing off failed investments, dealing with frustrated users, and waiting for the next shiny object to appear. Tweet This

Many enterprises have invested in “shooting stars” of technology. These are interesting point solutions that are backed by creative marketing and usually claim disruptive benefits. The analytics landscape is littered with companies and “breakthrough” technologies that shined bright for a short period of time, then quickly faded.  Many are acquired by larger companies who end up abandoning the technology, leaving customers disillusioned and stranded a few years later.

In 1990 it was Red Brick. After a period of brief success, Red Brick was acquired by Informix, which was ultimately swallowed up by IBM and soon faded away. Then there was Sybase IQ, a specialized analytics technology that was ultimately gobbled up by SAP. HP Neoview was introduced with great promise and analyst fanfare, but fizzled out less than four years after its introduction, leaving HP customers stranded.

Enter the data warehouse appliances from DATAllegro and Netezza. Microsoft bought DATAllegro and unsuccessfully attempted to merge it into Microsoft Parallel Data Warehouse. Netezza shined bright for a few years before IBM scooped them up for almost $2 billion dollars. IBM just officially killed what was left of Netezza.

Next came the over-hyped Hadoop wave. Intel invested $740 million into Cloudera, who was once valued over $4 billion, and Hortonworks came onto the scene at the same time. Neither lived up to their inflated valuations, are still not profitable, and recently announced a merger to cut costs in an attempt to become profitable. The newest shooting star is a cloud-only data warehousing company with an extreme valuation of $3.5 billion on annual revenue estimated to be only $100 million. And don’t blink because Apache Spark and TensorFlow are shining bright too.

These are just a few of the more prominent examples. There are many more. By now you’ve probably detected a pattern…

Each of these shooting stars were projected to be “Teradata killers” by vendors and many industry analysts. Most marketed an aggressive Teradata replacement program, and always seemed to trumpet a few early customers who were moving off Teradata.
Teradata Vantage
During all these starts and stops, Teradata has been the industry pioneer. Since the introduction of the DBC/1012 in 1983 through today with the recent launch of Teradata Vantage—the platform for Pervasive Data Intelligence—we continue to be the only constant, the industry’s North Star. Companies like Wells Fargo, our very first customer, have built on an analytics foundation they can trust. Today, many of our customers process millions of queries per day, across thousands of users, driving billion-dollar business outcomes. Collectively we process over 11 trillion queries per year for our customers!

Robust enterprise analytical ecosystems can take five years or more to build—and they’re constantly evolving. If you build on “shooting stars”, you’ll constantly be writing off failed investments, dealing with frustrated users, and waiting for the next shiny object to appear. If you build on Teradata, the industry’s North Star, we de-risk your investment—and deliver real answers, not just analytics. We go above and beyond the technology with expert consulting and support to ensure your success. You can be confident that you’re choosing a reliable partner and building on a modern analytics foundation that will grow and evolve as you drive superior business outcomes.

Click here to learn more about the transformational value of activating data intelligence across the enterprise, or reach out directly to your Teradata account executive. #TDVantage #InvestInAnswers #BuiltForTheCloud

Ed White is a visionary executive in Analytics and Cloud with 20+ years experience helping companies drive value from information technology.  As Vice President of Teradata Portfolio Marketing, Ed manages a team responsible for the global marketing of Teradata’s core products including Teradata Vantage, Artificial Intelligence, IntelliCloud, and IntelliFlex.  Ed has held a number of strategic management positions at Teradata over the past 20 years including General Manager of Teradata Cloud and General Manager of Teradata Appliances, along with sales management roles. Ed received his MBA from San Diego State University and resides in Carlsbad, California with his wife, three teenagers, and two dogs.