The Ergonomics of Human-Data Interaction

Today’s analytics revolution is as much about the ergonomics of human-data interaction as it is about big data technology itself. And, the more I’ve looked into this human/data nexus, the more it’s become clear to me how today’s big data frontier also happens to be the latest frontier in the very old discipline of ergonomics.

Put simply, ergonomics is the study of people in their work environments. Scientists at a 1949 convention first coined the term, which – given its derivation from the Greek word for work, ergon – literally means the economics of work. The discipline was a natural outgrowth of the historic national mobilization of industry 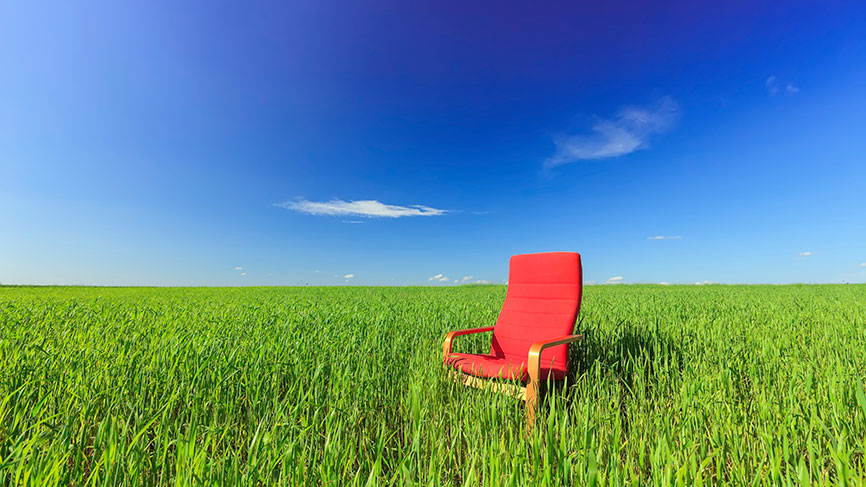 that helped arm the United States for World War II. When the dust literally settled from that war, scientists sought to understand the physical and mental toll these unprecedented productivity demands had placed on both factory workers operating machinery and soldiers operating armaments on the battlefield.

Conceived as a two-way street where equipment is ideally designed for human use and humans are ideally trained to run equipment, ergonomics can boost productivity, protect workers and even save lives. Some aviation accidents are attributed to flawed console design, and an investigation into the 1979 Three Mile Island nuclear accident ascribed partial responsibility to poorly-designed control room instrumentation. That same decade, we also saw the birth of a new ergonomic sub-specialty known as human-computer interaction.

Human-Computer Interaction in the Era of Big Data

HCI, as the field of study has been known since 1975, covers a range of factors involving computer science, media studies, anatomy, behavioral sciences and design. Much of this progress is right at our fingertips. The computer mouse was invented by Douglas Engelbart in 1964 as a new way to control computers and became a hit two decades later when Apple released the Macintosh. And while Apple founder Steve Jobs was not big on the word ergonomics, his legendary obsession with hardware and software design – down to the exact curves of devices and fonts alike – gave rise to products like the iPod, iPhone and iPad as HCI milestones.

HCI researchers scrutinize everything from posture and eye strain to web interfaces and graphical user interface design to explore the physical and perceptual factors that define how we interact with computers. But given that we are now in an era of big data analytics, what about how humans interact with data itself?

Addressing that question is a central focus of the Sentient Enterprise approach, as natural human interaction with data will lead to the discovery of new insights, faster.

"What about how humans interact with #data itself?" Addressing that question is a central focus of the #SentientEnterprise approach, as natural human interaction with data will lead to the discovery of new insights, faster. Tweet This

While some research has been done in this area, our understanding of the human/data connection is only beginning to take shape. We recognize, for instance, the importance of visualizing quantitative data with graphical displays, not just tables and charts. But, we still don’t have clarity on which visualizations work best and how to tee up information for decision-making in the most efficient way possible. With big data analytics now transforming entire industries almost overnight, the questions keep piling up, and we need to keep finding answers.

This limited understanding of human-data ergonomics is a bit curious. Ergonomics is, after all, a form of economics driven by the realization that well designed human-machine interfaces boost things like productivity and morale while reducing the financial costs of injuries and turnover. By this logic, the human-data connection should be a key priority. Big data analytics is a global tsunami of digitized information, with financial implications so important that the World Economic Forum in 2012 designated it as a new class of economic asset — just like currency or gold — at its annual meeting in Davos, Switzerland..

The Pitfalls Inherent in Ignoring this Problem

Unfortunately, those who ignore or mismanage the ergonomics of big data analytics risk falling behind. A 2013 MIT study is representative of many in showing how data-driven businesses do indeed have the edge. That survey of 330 leading US businesses showed companies focused strongly on data-driven decision-making had an average of four per cent higher productivity and six percent higher profits overall.

According to a 2015 Economist Intelligence Unit survey, while many companies have invested significantly in gathering vast amounts of data, they still struggle to extract insights, put them to work for the business, and create truly data-driven organizations. When it comes to capturing and disseminating important business data, 57 percent of respondents believe their company does a poor job.

I will discuss this critical issue further in future blog posts. But, it is abundantly clear, that the key to extracting value from big data analytics relies on understanding the ways humans most effectively interacts with information.

Mr. Ratzesberger has a proven track record in executive management, as well as 20+ years of experience in analytics, large data processing and software engineering.

Oliver’s journey started with Teradata as a customer, driving innovation on its scalable technology base. His vision of how the technology could be applied to solve complex business problems led to him joining the company. At Teradata, he has been the architect of the strategy and roadmap, aimed at transformation. Under Oliver’s leadership, the company has challenged itself to become a cloud enabled, subscription business with a new flagship product. Teradata’s integrated analytical platform is the fastest growing product in its history, achieving record adoption.

During Oliver’s tenure at Teradata he has held the roles of Chief Operating Officer and Chief Product Officer, overseeing various business units, including go-to-market, product, services and marketing. Prior to Teradata, Oliver worked for both Fortune 500 and early-stage companies, holding positions of increasing responsibility in technology and software development, including leading the expansion of analytics during the early days of eBay.

A pragmatic visionary, Oliver frequently speaks and writes about leveraging data and analytics to improve business outcomes. His book with co-author Professor Mohanbir Sawhney, “The Sentient Enterprise: The Evolution of Decision Making,” was published in 2017 and was named to the Wall Street Journal Best Seller List. Oliver’s vision of the Sentient Enterprise is recognized by customers, analysts and partners as a leading model for bringing agility and analytic power to enterprises operating in a digital world.

Oliver is a graduate of Harvard Business School’s Advanced Management Program and earned his engineering degree in Electronics and Telecommunications from HTL Steyr in Austria.

He lives in San Diego with his wife and two daughters.